The canton of Basel-Stadt, along with several Basel partners, had a joint appearance in Moscow in autumn 2014, to round off its four-year presence in the Russian capital.

Since 2011 and under the title “Basel meets Moscow”, the canton of Basel-Stadt, along with all of the marketing partners involved, has taken a number of initiatives to further develop cooperation between Russia and our region, in the spheres of science, tourism, economy and culture. To round off its four-year presence in Moscow, Basel presented itself in the Russian capital in September 2014, with a programme lasting several days. An official delegation, with representatives from the canton and various Basel partner organisations, travelled to Moscow. 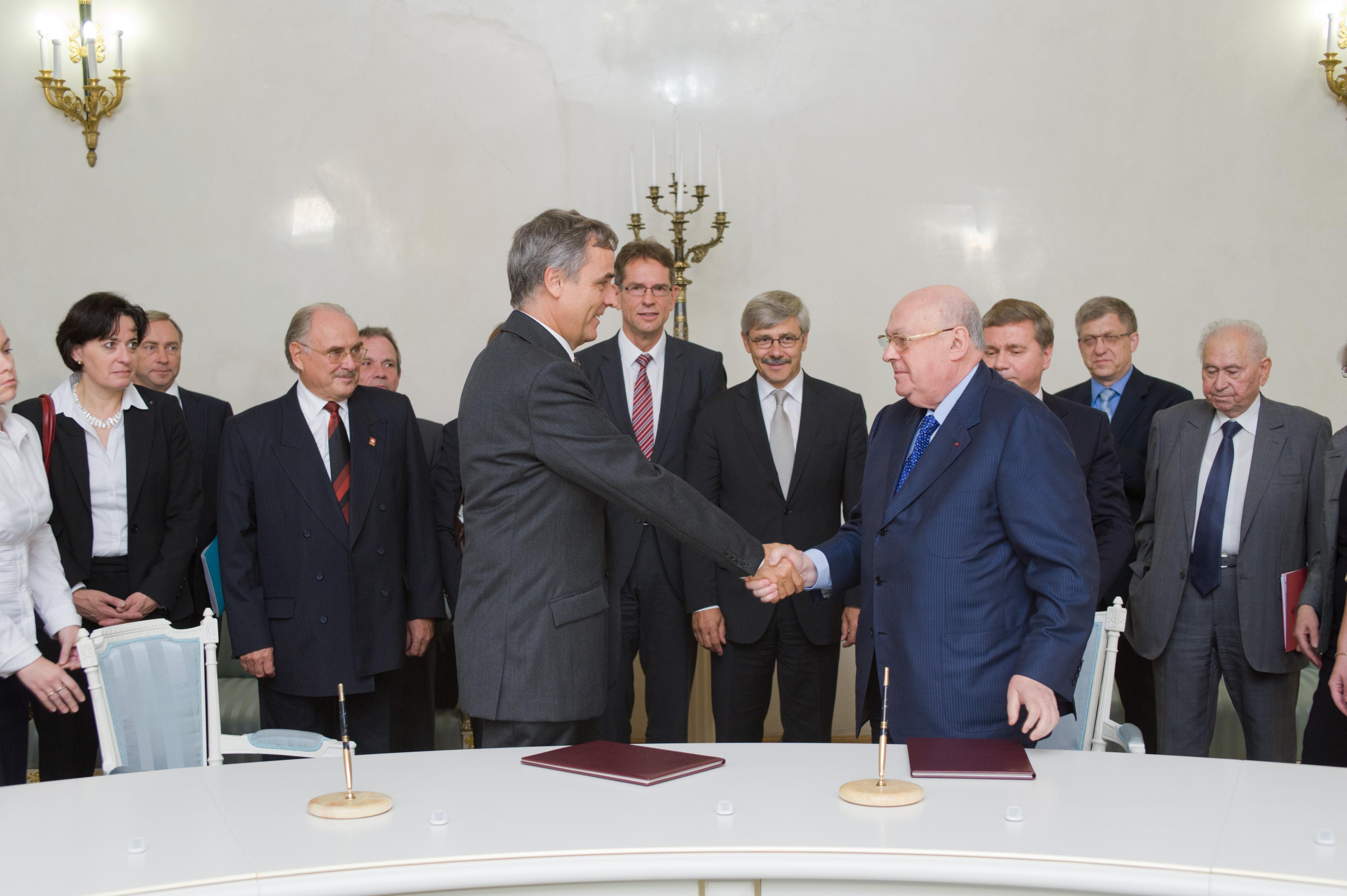 President of the Government Guy Morin with the Deputy Mayor of Moscow 2011 at the signing of the declaration of intent.

The Swiss ambassador in Moscow made his residence available to the canton of Basel-Stadt for an official reception. This meant that the Basel delegates were able to invite around 120 selected Russian guests to the reception, which they used as a networking opportunity. The biopharmacy conference of the Departement of Pharmaceutical Sciences University Basel, took place in Moscow during the same week. High-ranking experts and professionals were invited to this specialist conference, which was held in close cooperation with a partner university in Moscow.

The exhibition project “The Hidden Treasures of a Life. The Composer Evgenij Gunst”, which has been initiated by the University of Basel, was also part of the Swiss cultural events in Moscow. The exhibition by the University of Basel’s music department was shown in September 2014 in the “Glinka State Central Museum” in Moscow and opened during Basel’s presence in the capital. In addition to the Gunst exhibition, a variety of other cultural collaborations between Basel and Moscow took place.

The 4th Swiss Russian Health Forum was held in Moscow at the same time as the Basel projects. The aim of this forum was to create the best possible platform for the public and private health sectors with a Swiss and Russian background. The forum was devoted to topics, developments and projects in the areas of public health, medical research and the healthcare sector. The 2nd Swiss Russian Health Forum was held in Basel in 2012.

A specialist workshop by Switzerland Tourism and Basel Tourism for Russian tour operators took also place in Moscow in September. Basel, as a tourist destination, had the chance to present its products to the specialist trade and did business in one-to-one discussions.