Sister states on both sides of the Atlantic 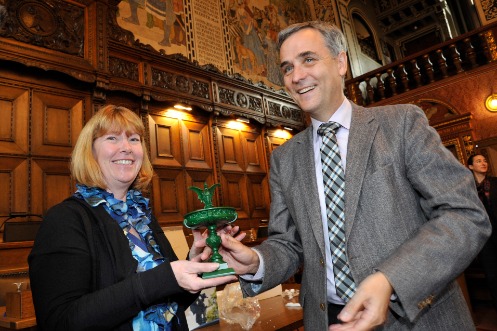 Basel-Stadt and the State of Massachusetts have long discovered that they have many things in common. Therefore, on June 20, 2002, the two states signed a co-operation agreement at Basel’s initiative. Both partners are among the leading economic areas in their country; they are home to many very successful high-tech companies, especially in the field of life sciences, and to many distinguished research institutions. Also, both states offer a high standard of living, a rich cultural life as well as many tourist attractions.

The Sister-State-Agreement between the two states has clear economic objectives. The two cities, even if of different size and importance, have similar structures and views, and apply the «strengthening of strengths» approach, in particular in the fields of economic affairs and trade, as well as education and life sciences. The principal focus of the partnership between Basel and Massachusetts lies clearly in the field of science and education. The activities comprise pupil exchanges as well as co-operation and the exchange of knowledge in the specialist fields of earth science and nursing science.

Basel-Stadt is the only Swiss canton that entered into an official partnership with a US State so far. Massachusetts, on the other hand, is also a partner of regions in Japan, China and South Africa.