Chronology of the partnership

The following is a chronological list of the most important meetings and activities that have taken place to date within the context of the City Partnership between Basel and Miami Beach. 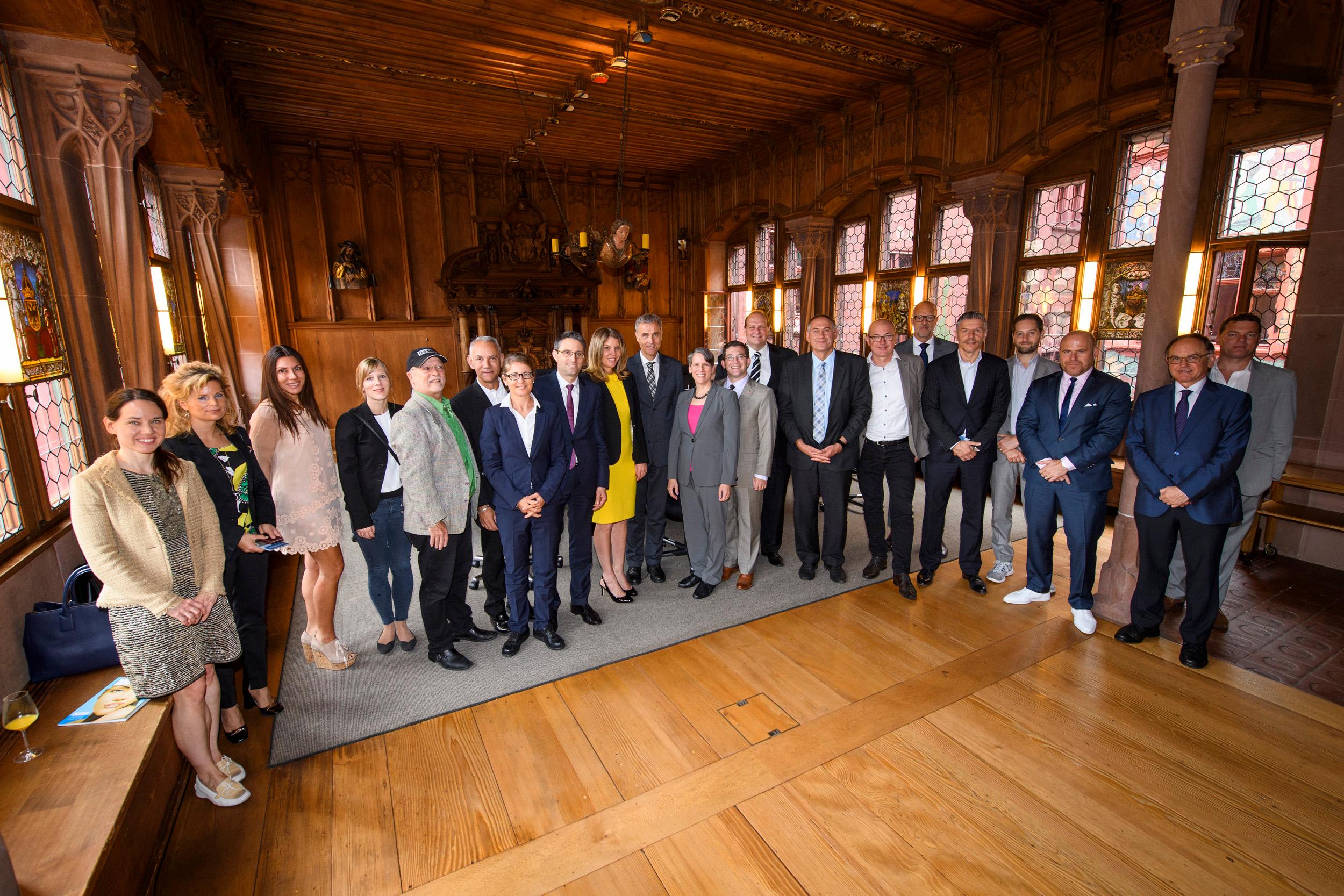 President of the Parliament Dr. Conradin Cramer and Head of the Culture Division Philippe Bischof travelled to Miami Beach on the occasion of the art show Art Basel in Miami Beach and the appointment of the new mayor. After completing the maximum term in office of three two-year terms, long-time mayor Matti Herrera Bower was unable to stand for re-election. The office is now occupied by Philip Levine.

A delegation from the world of politics and culture in Miami Beach (United States), led by Matti Herrera Bower, former Mayor of Miami Beach, visited Art 43 Basel today. The six-member delegation was received by the President of the Government, Guy Morin, Member of the Parliament, Hans-Peter Wessels and by other official representatives of the City of Basel and Art Basel, as well as by various partners from the fields of culture, economy, tourism and education.

In Miami Beach, Matti Herrera Bower, mayor of Miami Beach, and State Councillor Hans-Peter Wessels sign the official contract that seals the City Partnership between Basel and Miami Beach. The signing ceremony will take place in the run-up to the international Basel Miami Beach Art Fair, which is celebrating its 10th anniversary.

The cooperation that has existed for many years between Basel and Miami Beach will be officially sealed on Wednesday the 15th June 2011: city mayor Matti Herrera Bower and the President of the Basel Government Guy Morin signed a Memorandum of Understanding (MoU) in the Basel City Hall (Rathaus). The already extensively cultivated common interests in the field of culture stand at the centre of this link. Furthermore, cooperation will also be promoted in the fields of economy and trade, as well as in education and research.