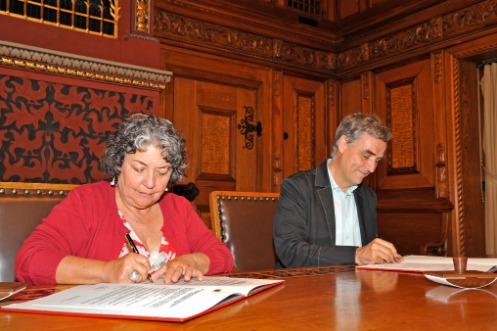 A pre-contract already regulates the cooperation between the two cultural metropolises since June 15, 2011: A delegation from Miami Beach under the leadership of Mayor Matti Herrera Bower visited the Art 42 Basel and signed a so-called Memorandum of Understanding (MoU) in the Basel Town Hall (Rathaus).