Swiss National Day on the Rhine

The 1st of August is Switzerland’s national holiday which is officially celebrated in the canton of Basel-Stadt on the Bruderholz. Basel traditionally starts its celebrations on the 31st of July with a big city festival on the Rhine. Around 100 taverns and stalls as well as numerous music stages and performances create a great atmosphere along the Rhine until 1 in the morning. 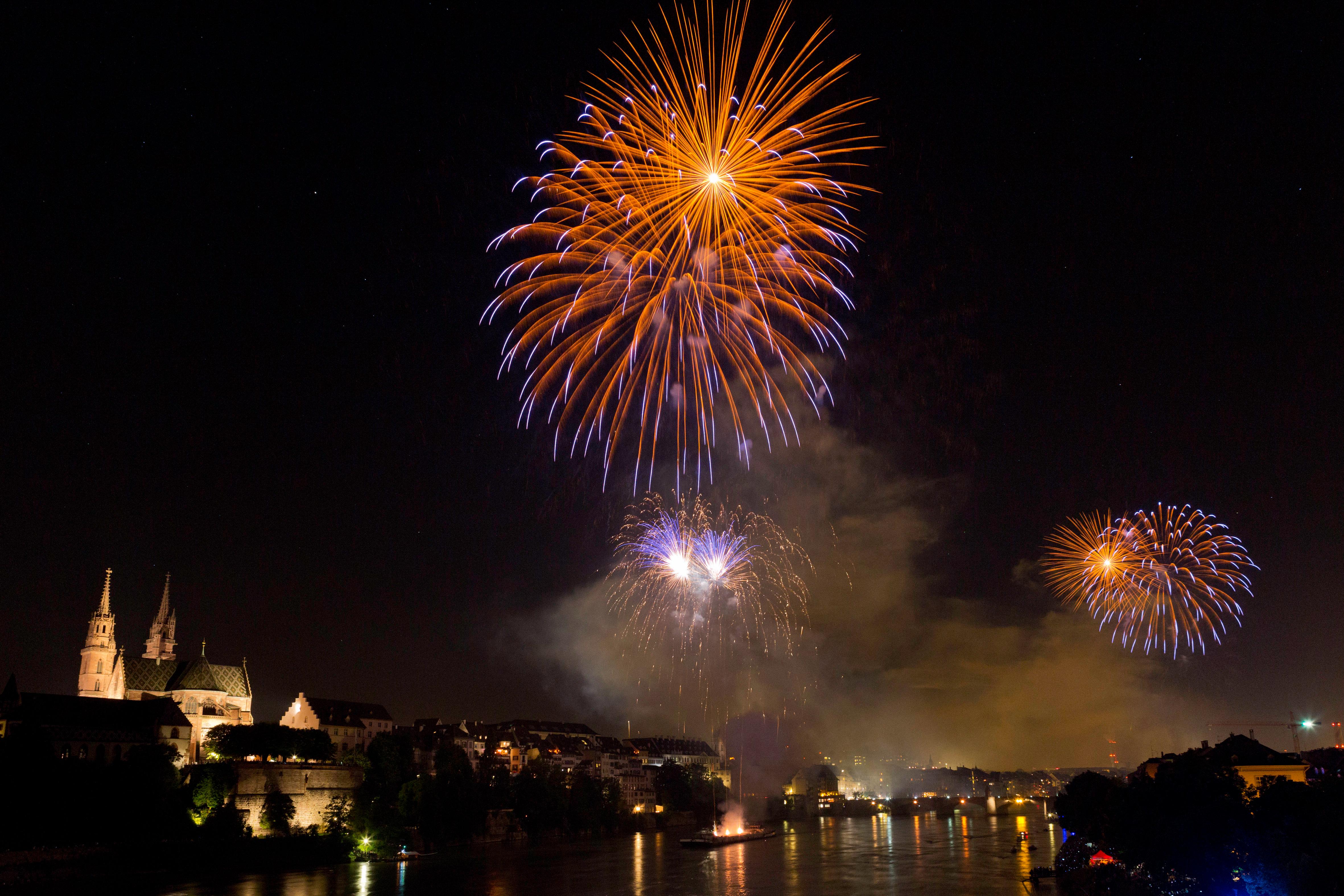 The fireworks display is a brilliant culmination to the National Day celebration on the Rhine.

The highlight of the day is the firework display, which starts at exactly 11pm. The fireworks are let off from two ships on either side of the Mittlere Brücke. The display is the main attraction of the National Day on the Rhine; it lasts approximately 25 minutes. The fireworks are financed by the Swisslos Fund of Basel-Stadt.