Although Basel is the third largest city in Switzerland, the Canton of Basel-Stadt is one of the smaller cantons both in terms its surface area and in terms of its population. Therefore, its cooperation with the neighbouring cantons is of central importance. 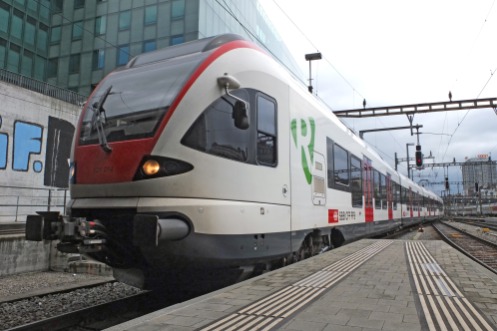 The issue of transport is central to the regional cooperation.
Photo: Juri Weiss

Moreover, these cantons agree on various issues during the Technical Expert Conferences. Joint projects, such as the agglomeration programme as well as the infrastructure projects contained therein or educational cooperation at college level, are strengthened outside of these bodies.

The Metropolitan Conference Basel was also launched at the beginning of 2012. This is a higher-level coordination conference, in which representatives of existing bodies from Government, business and civil society gather and coordinate, and focus on their outward appearance. In terms of content, the Metropolitan Conference concentrates exclusively on issues and tasks that demand a common approach towards the Swiss Confederation or by national and international standards necessitate cooperation with other metropolitan areas and on which a broad consensus can be achieved.