Cooperation between Basel-Stadt and Jura

Representatives from the two governments of Canton Basel-Stadt and Jura signed a cooperation agreement on the 5th of December 2008. The two governments respectively paid 50,000 Swiss francs a year into a cooperation fund from 2009 to 2014, which was destined to cooperation projects between Basel-Stadt and Jura. These resources have enabled numerous projects to be supported that address exchanges between the populations of Basel and Jura. 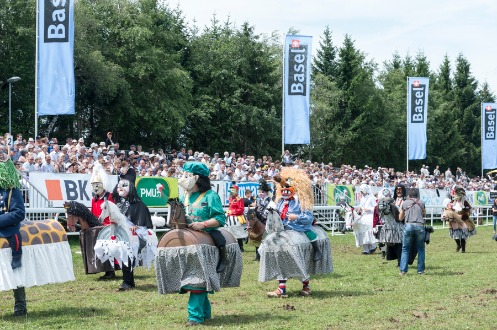 There is a marked commitment to the cooperation among the administrative school bodies, health departments, administrations for cultural affairs, museums, archaeological agencies and state archives. Important dossiers are also worked on together by the economics department, the department for external affairs, the cantonal police authorities, the environmental protection departments and the tourist offices.

The two cantons work closely together within the framework of Basel Area. As per 1 January 2016, the China Business Platfrom and i-net innovation networks, which were also established with the involvement of both cantons, were merged and are now active under this joint umbrella.