The Regio Basiliensis association was founded in 1963. This date is seen as an important milestone in the cross-border cooperation: The founding of the association is often referred to as the starting point of the tri-national cooperation in the Basel region. 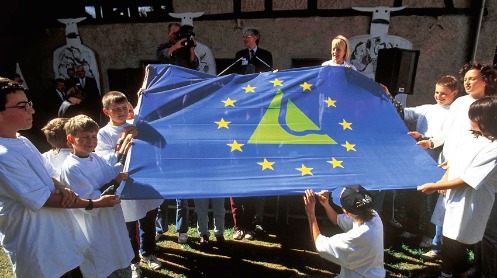 The Regio Basiliensis is the Swiss partner for the Upper Rhine cooperation.

The Regio Basiliensis is, on the one hand, an association with over 400 individual and 200 collective members, and on the other hand, as a regional office of the Northwestern Swiss cantons, it performs state functions for the external policies of the cantons.

The association's work is based largely on the extended agglomeration area of Basel in the southern Upper Rhine, including Freiburg and Mulhouse. The organisation works, depending to the topic in hand, with the regional companies of both these towns (including in the context of the RegioTriRhena association), along with other Swiss border regions, the federal authorities and also the inland and border regions of Europe. The Regio Basiliensis publishes various papers on cross-border related issues, and organises lectures and conferences.

In 1970, the two cantons of Basel established the inter-cantonal coordination unit at the Regio Basiliensis (IKRB), in which the canton of Aargau has been involved since 1996 and as have the cantons of Solothurn and Jura since 2003. The IKRB represents these cantons in relation to the tri-national cooperation in the Upper Rhine. This primarily involves various tasks in connection with the Upper Rhine Conference and the INTERREG programme in the Upper Rhine. The IKRB works closely with the cantonal authorities and the offices of various cooperation bodies. The offices of the Upper Rhine Conference and INFOBEST PALMRAIN can respectively count on an employee "sent" by the Regio Basiliensis.