Basel has been working closely together with Miami Beach (USA) since 2002 because of the Art Basel Miami Beach fair. Basel and Miami Beach signed a partnership agreement on 28 November 2011, which focuses on the interests of both sides: Culture, tourism, economic development and education. 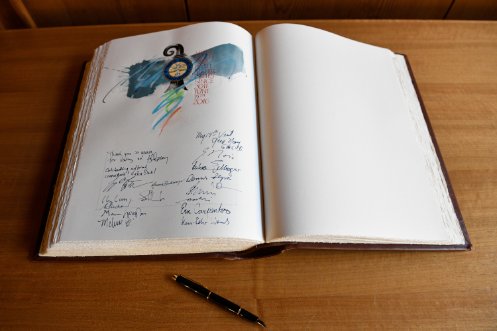 Basel and Miami Beach (USA) have enjoyed a close relationship for many years. After the Art Basel Miami Beach took place for the first time in 2002, a regular exchange began to take place between the two cities. The sister event, Art Basel in Florida, celebrated its tenth edition in December 2011.

As part of this anniversary, the cooperation between the two art metropolises has been officially sealed in a City Partnership: a delegation from Miami Beach under the leadership of the former Mayor Matti Herrera Bower visited the Art 42 Basel from June 15 - 19, 2011, and signed a Memorandum of Understanding (MoU) in the Basel Town Hall (Rathaus). The City Partnership Contract itself was concluded on November 28, 2011 as the prelude to the Art Fair in Miami Beach.